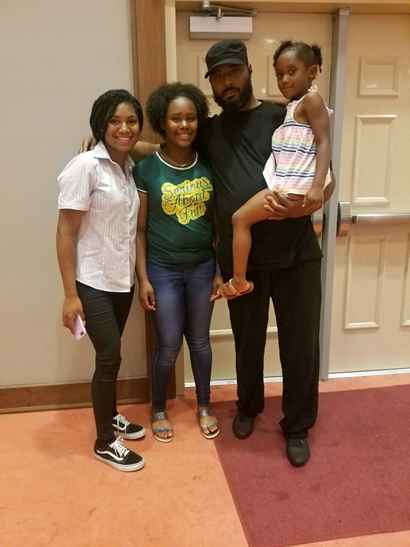 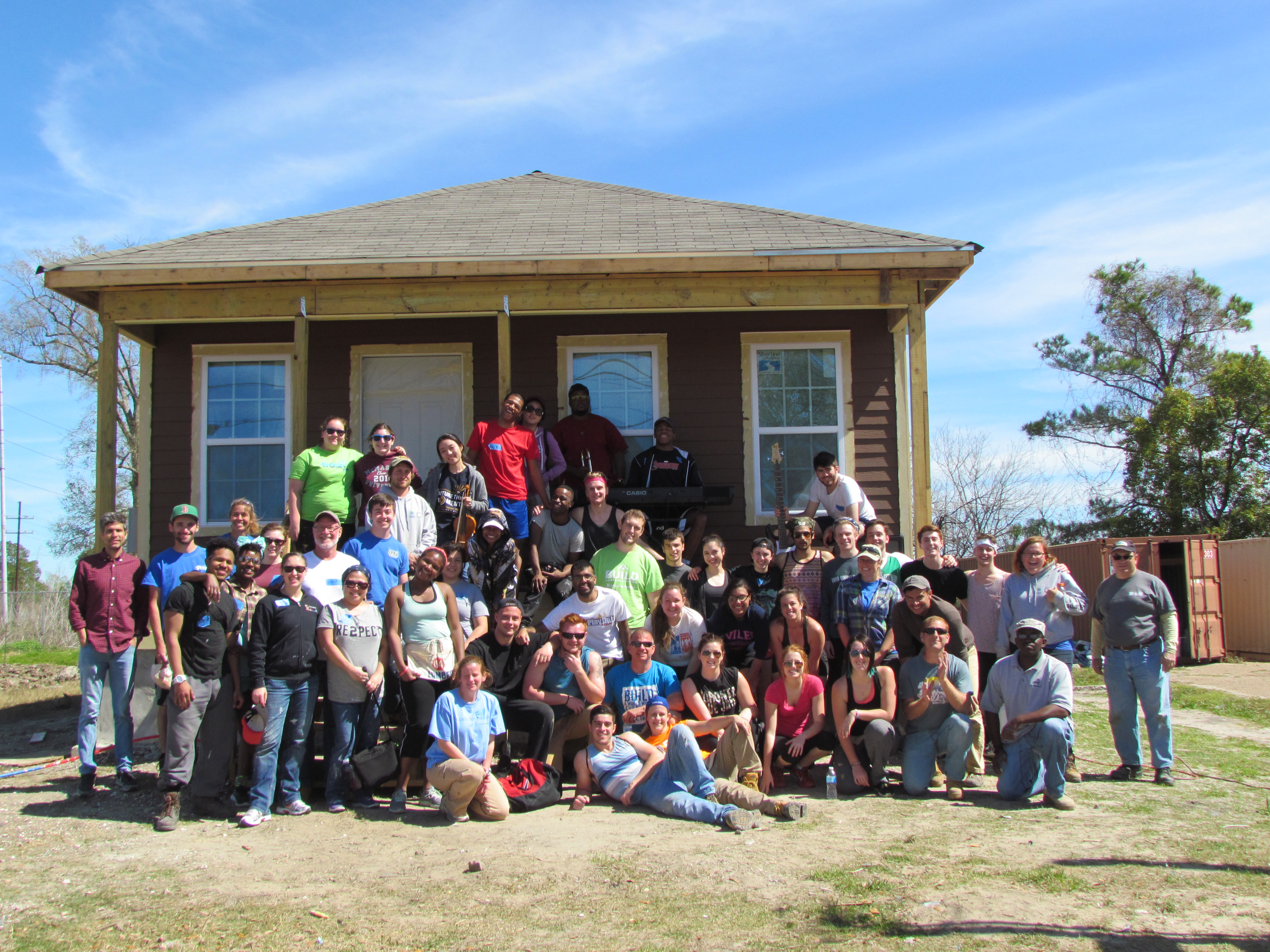 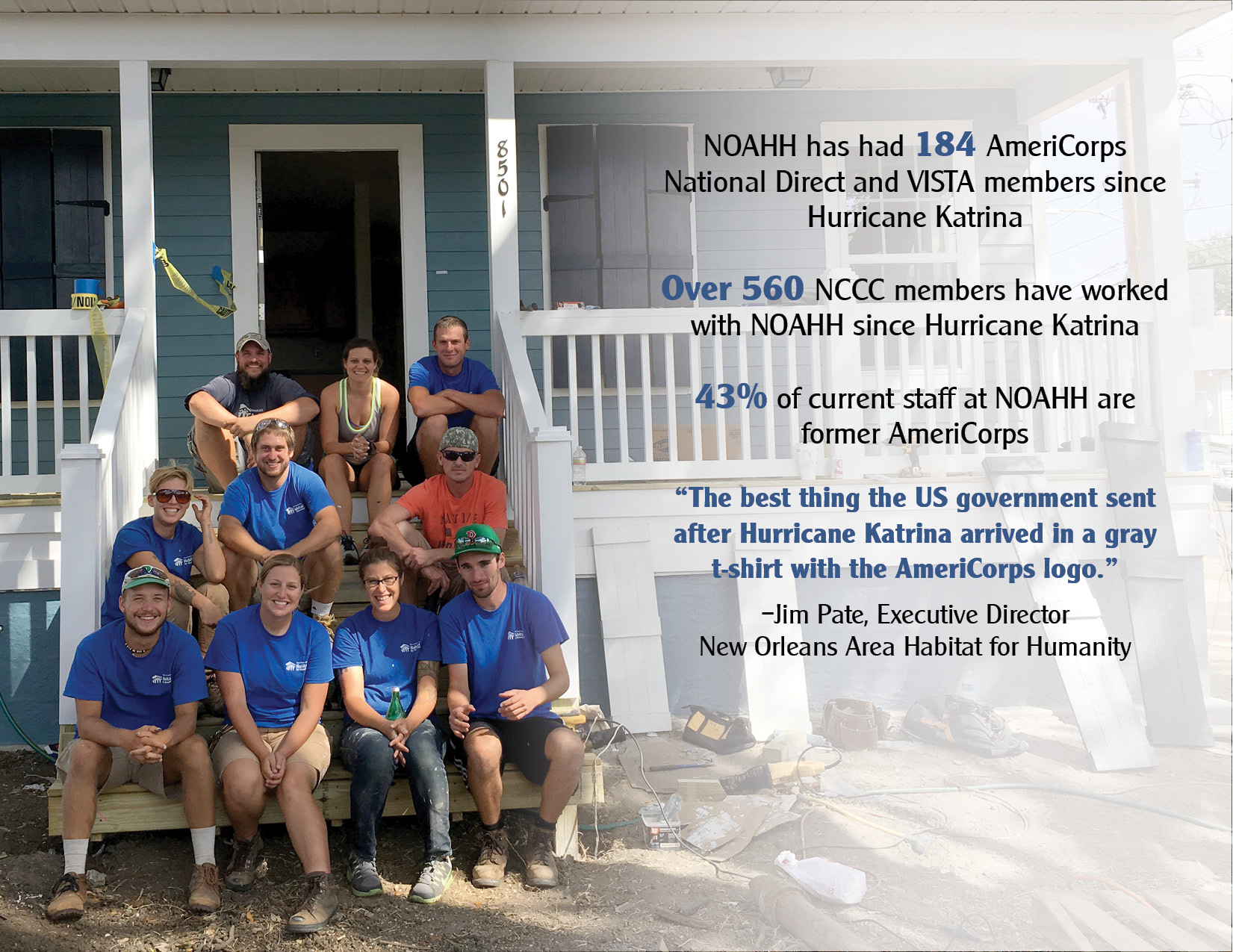 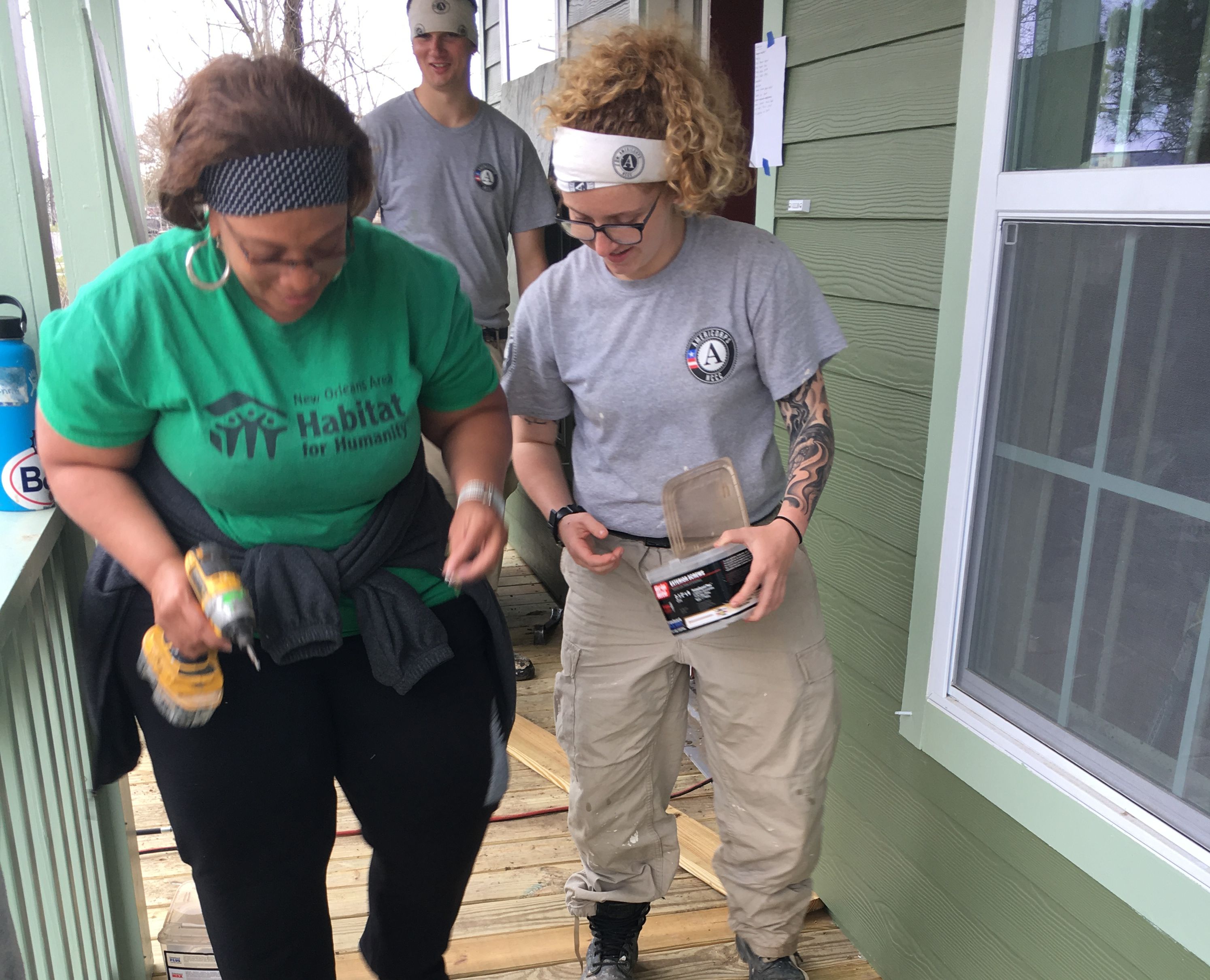 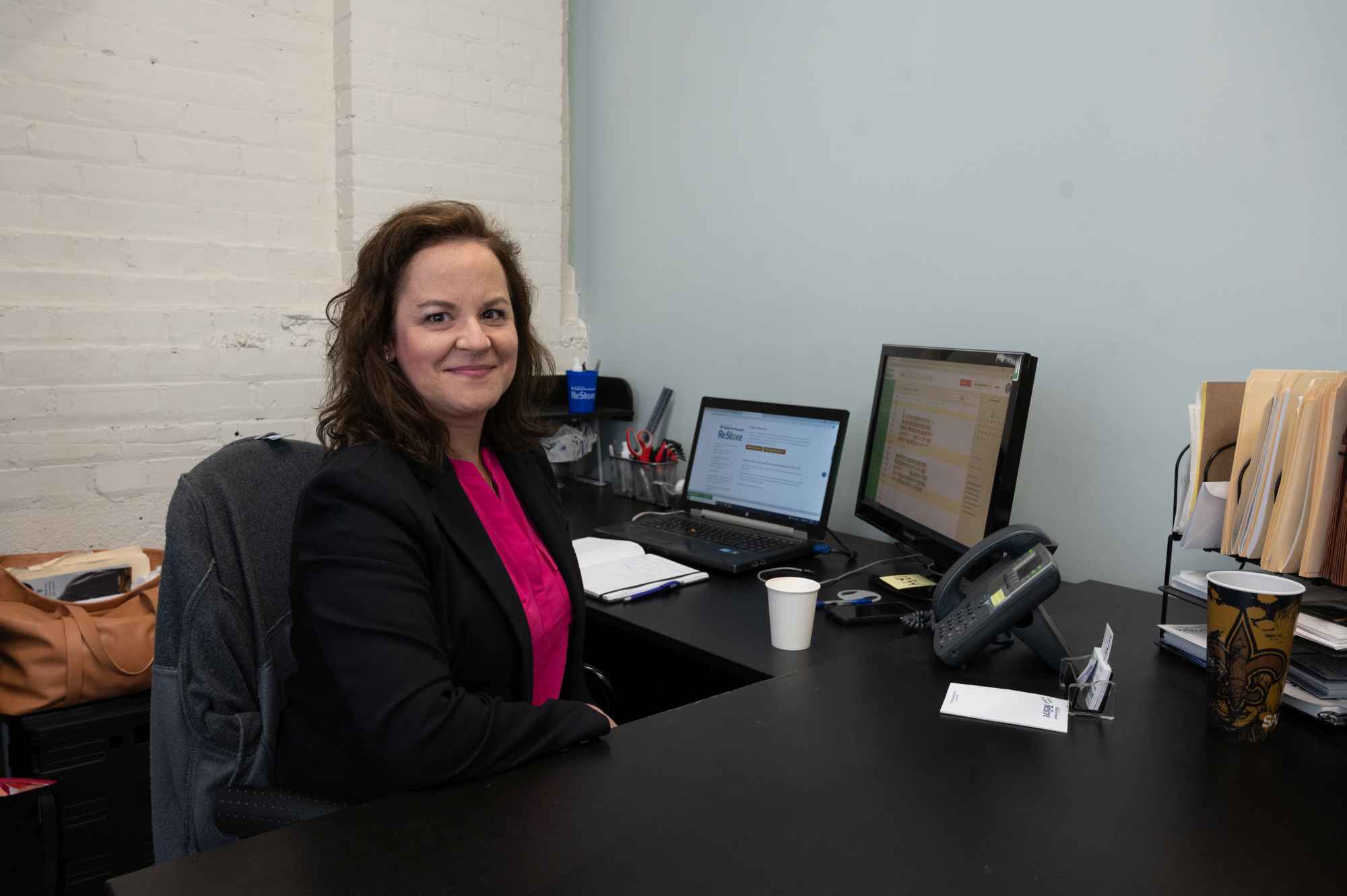 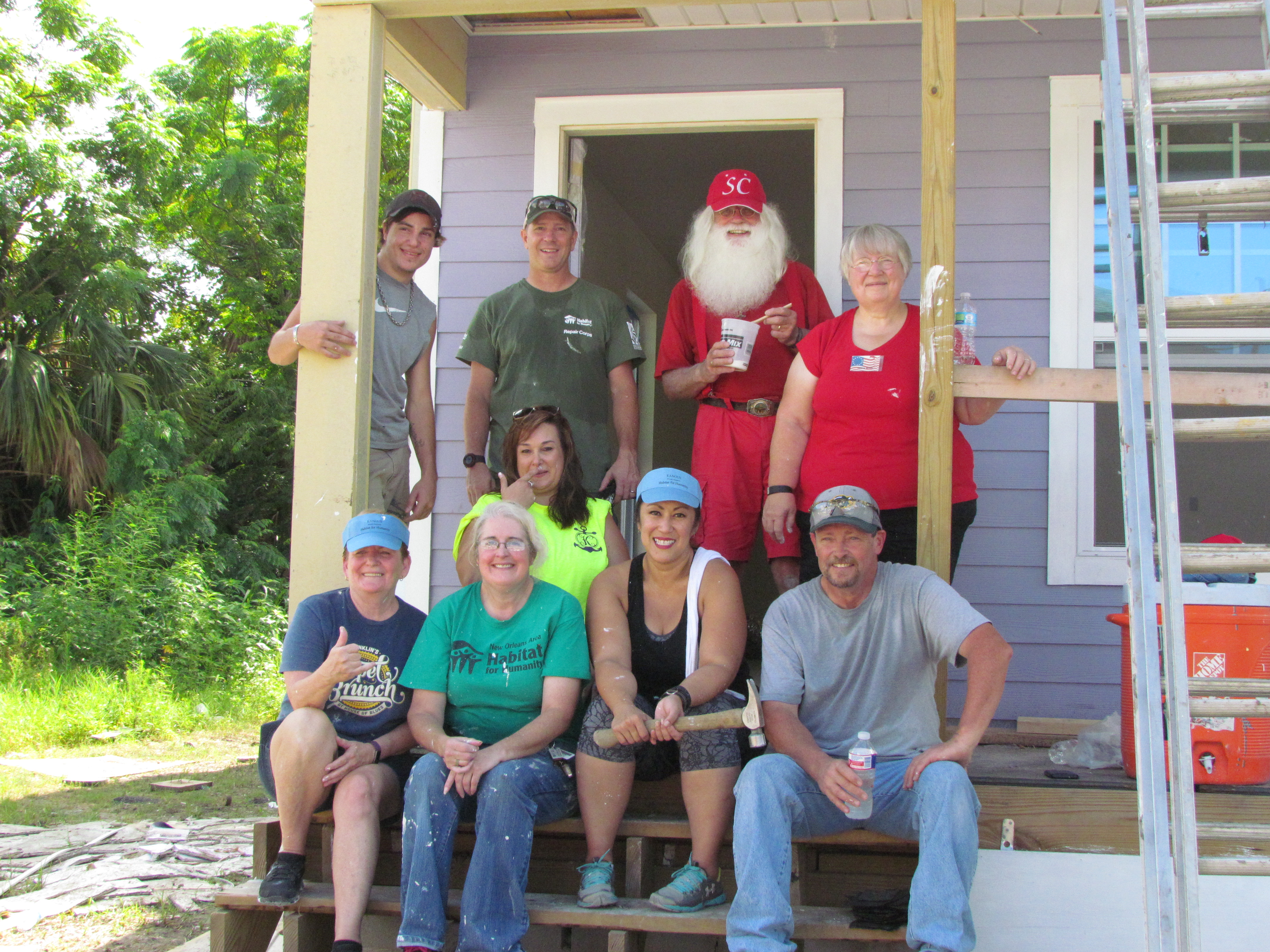 The Veterans Build program is a Habitat for Humanity International initiative designed to help veterans volunteer and serve their communities, achieve homeownership, and find employment opportunities. Along with the Enlisted Association of the National Guard of the United States (EANGUS), the Veterans Build program brought volunteers to NOAHH’s build site last week to help build a home in the 7th Ward. Most of the attendees found themselves activated for service in flood-affected areas, leaving only a handful to build in New Orleans.

Among those, however, were two special guests: Mr. and Mrs. Claus. Stephen and Catherine Barry are National Guard members who met during the Vietnam War. According to Catherine, they got married in Vietnam and had to rush their ceremony. So many people were getting married that there was only time for an hour per service.

EANGUS volunteers helped work on Gloria Poolaw’s home. Gloria is a transplant from Oklahoma who credits her parents with giving her the determination to succeed despite facing problems with unaffordable housing. She and her new neighbor Trenace Walker met during their sweat equity hours and became fast friends.