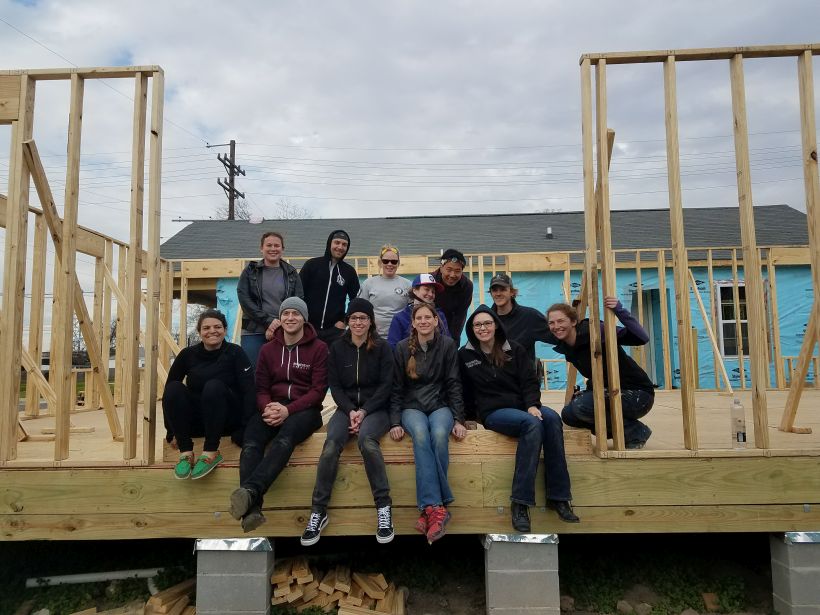 In the first few years after Hurricane Katrina, the AmeriCorps program focused much of their efforts on the Gulf Coast. Hundreds of young people from all over the country joined AmeriCorps and gave a year or more of their time to community service. Among those were a NCCC groups stationed out of Perry Point, MD, most of whom spent at least some of their service in New Orleans. In those days, the worst of the storm damage had barely been cleared. The atmosphere in the city mixed heartbreak and hope in ways unique to New Orleans. As an influx of volunteers, relief workers, and other came to help the city rebuild and recover, locals who were picking up the pieces or working on the rebuilding often saw them as a symbol of hope, and those who came to volunteer felt a sense of connection with people in New Orleans and from around the country as they came together.

The groups from Perry Point decided ten years ago they would one day hold a reunion in New Orleans. In January, they came to the city for the tenth anniversary of the first day they met in Maryland. The reunion organizer, Melissa Bratter, was an NCCC who worked in Camp Hope in 2007, a volunteer camp in St. Bernard Parish that NOAHH ran for several years after the storm. (It is now operated by St. Bernard Parish and still available to volunteer groups coming to the area.) In her eight weeks at Camp Hope, she did support work at the camp and worked with NOAHH staff and volunteers.

“Camp Hope was awesome,” she said. “Everyone loved it. The vibe was great. It was great to see the camaraderie of people from all over the country, to see the vibe of Camp Hope. We were so happy to be a part of helping with something that mattered.” 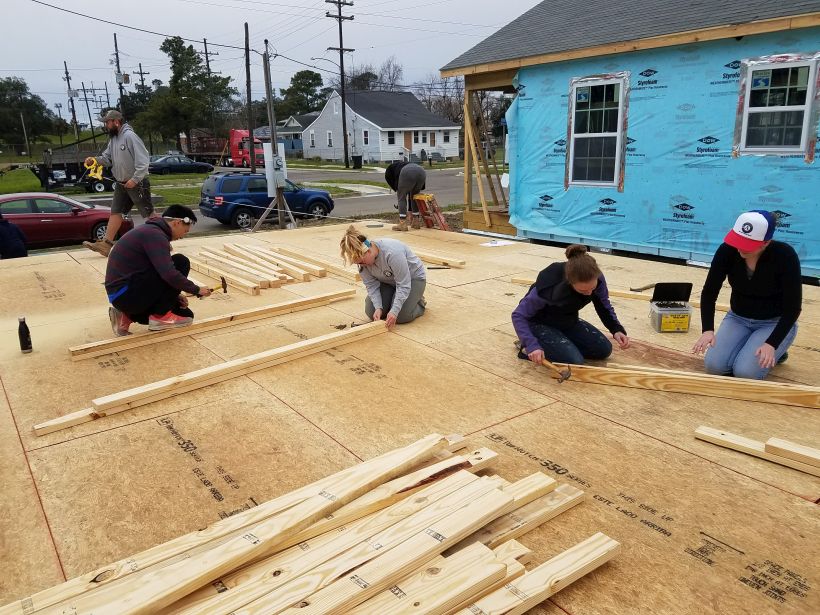 Though the NCCC teams worked throughout the Gulf Coast, they knew they wanted to return to New Orleans for their reunion: “All of us felt our hearts are there,” she said. “Everyone fell in love with New Orleans. It goes back to the vibe of Camp Hope. One of the things about national disasters is that they bring people together. The city as a whole. It was unbelievable to come to a place where we met people who had lost everything. Despite that, the city had an air about it, a positive vibe. People were genuinely thankful. They had a lot of pride in their city and home, and in making it a beautiful place they remembered it being. I don’t know how you can’t fall in love with New Orleans.”

Melissa and many of the other AmeriCorps who helped in the early years of the Gulf Coast’s recovery came from many different backgrounds, and after their time in AmeriCorps, many of them made community service their careers. This spirit of giving back is what brought them to AmeriCorps in the first place, and it’s what brought them to the reunion. According to Melissa, it made their reunion seem even better than when they worked together before. 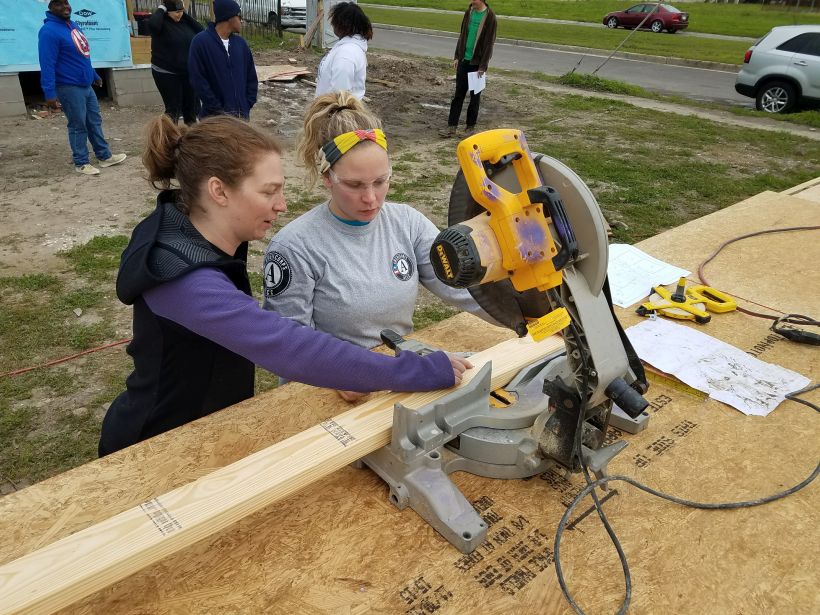 “It was cool to get to be with people that generally care about the world and making it a better place,” she said. “We were all in our early twenties when we did AmeriCorps. It’s cool to see how many of us stayed in that sector. We went into service careers. Seeing what NCCC did for all of us. It wasn’t enough. We had to do more. New Orleans is a good example. There’s always a need. It’s cool to be surrounded by that energy again. There were better dynamics now. This was a team of people who wanted to be here. People here now generally wanted to be here, wanted to build a house, wanted to do it together. Some people who wanted to be here couldn’t make it, so maybe we’ll do another one. Those who want to be here are those who made it part of their lives to continue to help others. It was like we never left off.”