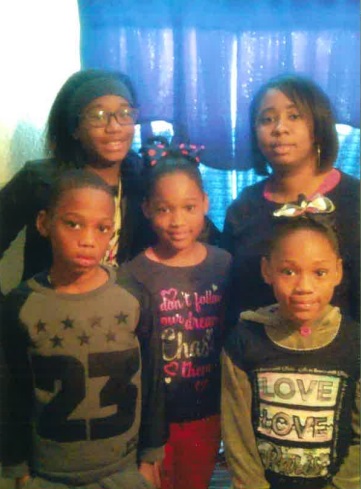 “I think of home as a place to be with friends and family, a common ground, a place to come back to.” – Sarah Moore, Customer Outreach Department, Freddie Mac

Freddie Mac has been partnered with Habitat for Humanity for decades, mostly in the Virginia area. Given their mission—”Making Home Possible”—they are natural partners for Habitat’s mission of affordable housing. After Hurricane Katrina, they brought hundreds of volunteers to the city to help with recovery efforts (including working with NOAHH), they have a long-term partnership with affiliates near their headquarters, and on February 8, they brought 150 volunteers to the Lower Ninth Ward to help NOAHH build homes and revitalize the neighborhood.

Michelle Courtney is the Manager of Corporate Social Responsibility with Freddie Mac. When the Single Family Division of the organization wanted to give back during their conference in New Orleans, Habitat was the first organization she thought of.

“Our organization is more focused when it comes to corporate social responsibility around housing and financial literacy,” Michelle said. “Those are the pillars of our program. With what the business is about, it makes sense for us but we do a lot of other things to support the community. We do things with other organizations around housing, such as transitional housing, transitioning from temporary to permanent housing, to a lot of local food shelters. We also have our military service employee resource group, which is focused on supporting our veterans. We do a little bit of everything, but housing and financial literacy are definitely the two pillars of the program.”

“We want to give back to the community and this was specific to the housing community,” Sarah said. “It really helped us with outreach and increasing ‘making home possible.'”

Freddie Mac volunteers helped build homes in the Lower Ninth and participated in neighborhood cleanup through NOAHH’s Attack the Block program. Of the four homes they worked on, two were single-family homes for local musicians Marty Peters and Reid Poole, who brought some friends with them and played a little traditional jazz for the volunteers during their lunch.

“That was absolutely awesome,” said Michelle, “because for those who may not have been here before, I think it’s a great way to connect them to the culture of New Orleans. The fact that they are actually the homeowners that we’re supporting today was even better. I think that took it to the next level.”

The Attack the Block program started in 2011 and focuses on neighborhood revitalization. Volunteers clear brush and litter and help fight blight in areas where NOAHH builds.

“I think it gives our employees another kind of look at the way they can support the community because normally I think their experience with Habitat [in Virginia] has been on new construction,” said Michelle. “I think this is a great opportunity to look at it a little differently.”

Previously, Freddie Mac had supported NOAHH and other organizations in New Orleans in response to Hurricane Katrina, bringing hundreds of volunteers to the city to work on recovery efforts. The experience left an impact on the many volunteers who came, including Michelle.

“For me personally, it feels like I’m connected to New Orleans a bit because I was here during that time,” Michelle said. “So to be able to come back and do this now with our single family division is awesome. It’s a good feeling. You definitely feel connected.”

Their experiences giving back in the Lower Ninth–a neighborhood severely damaged in Hurricane Katrina and historically significant in New Orleans—builds a new connection with the city. Their efforts in the early years after the storm had a great impact, and returning a decade later, they can see how the city has changed and the impact their work—and the work of thousands of others like them–has made on the people of New Orleans. As a company that makes home possible, they have an understanding of what building houses means:

“Home means a lot,” said Michelle. “Home means family. Home means security. Home means love. Home means safety. Home means people. Home is a feeling, but the fact that you can take that feeling and make it a reality for someone is awesome. I feel blessed to be able to have the opportunity to do that.”