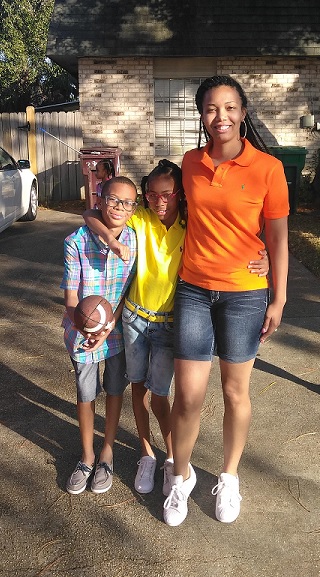 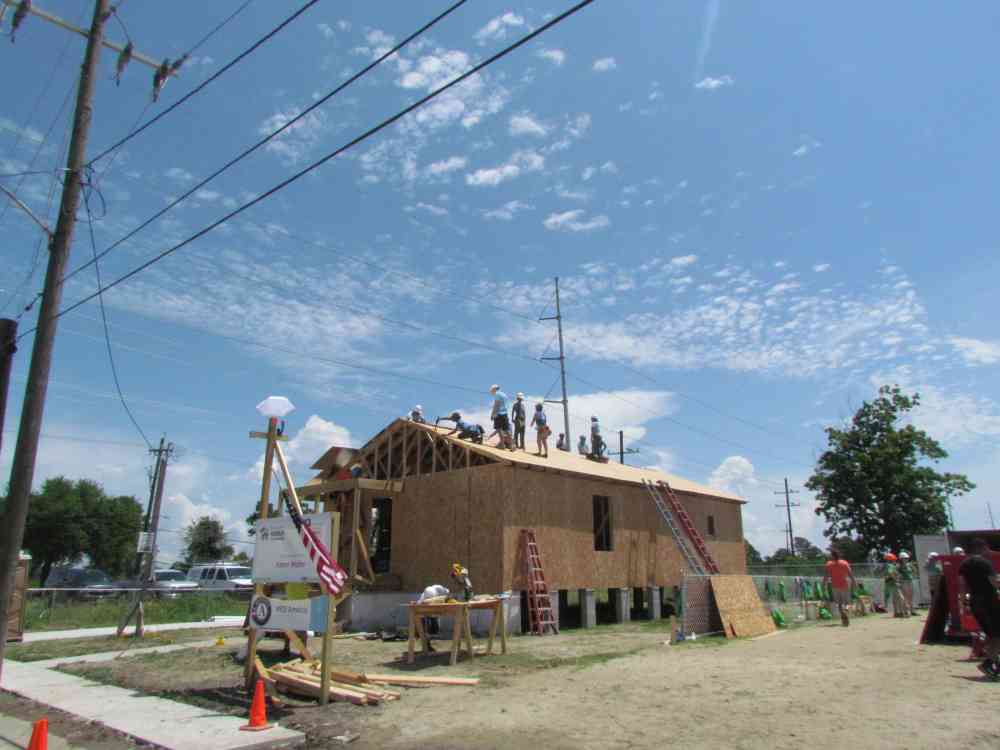 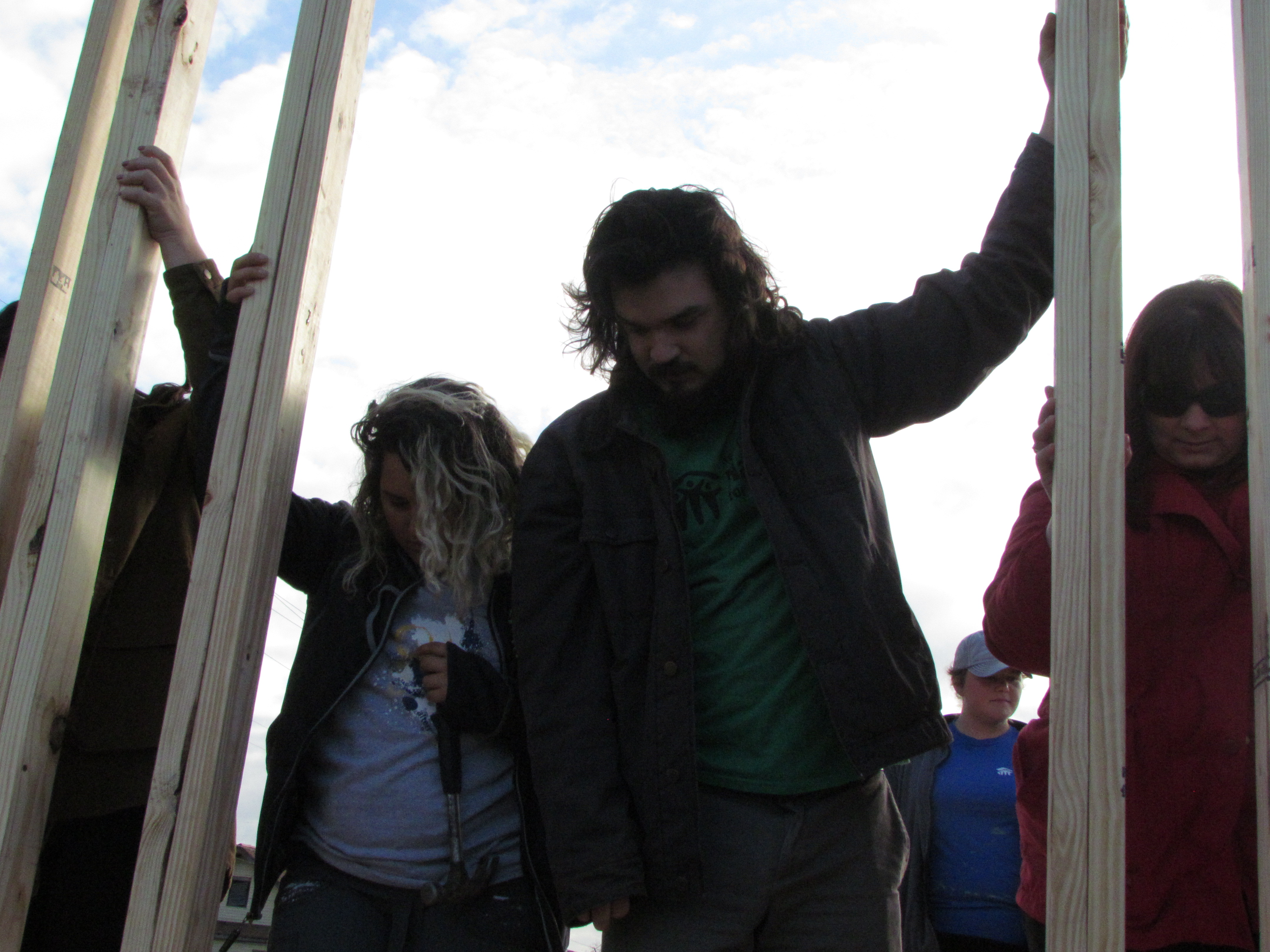 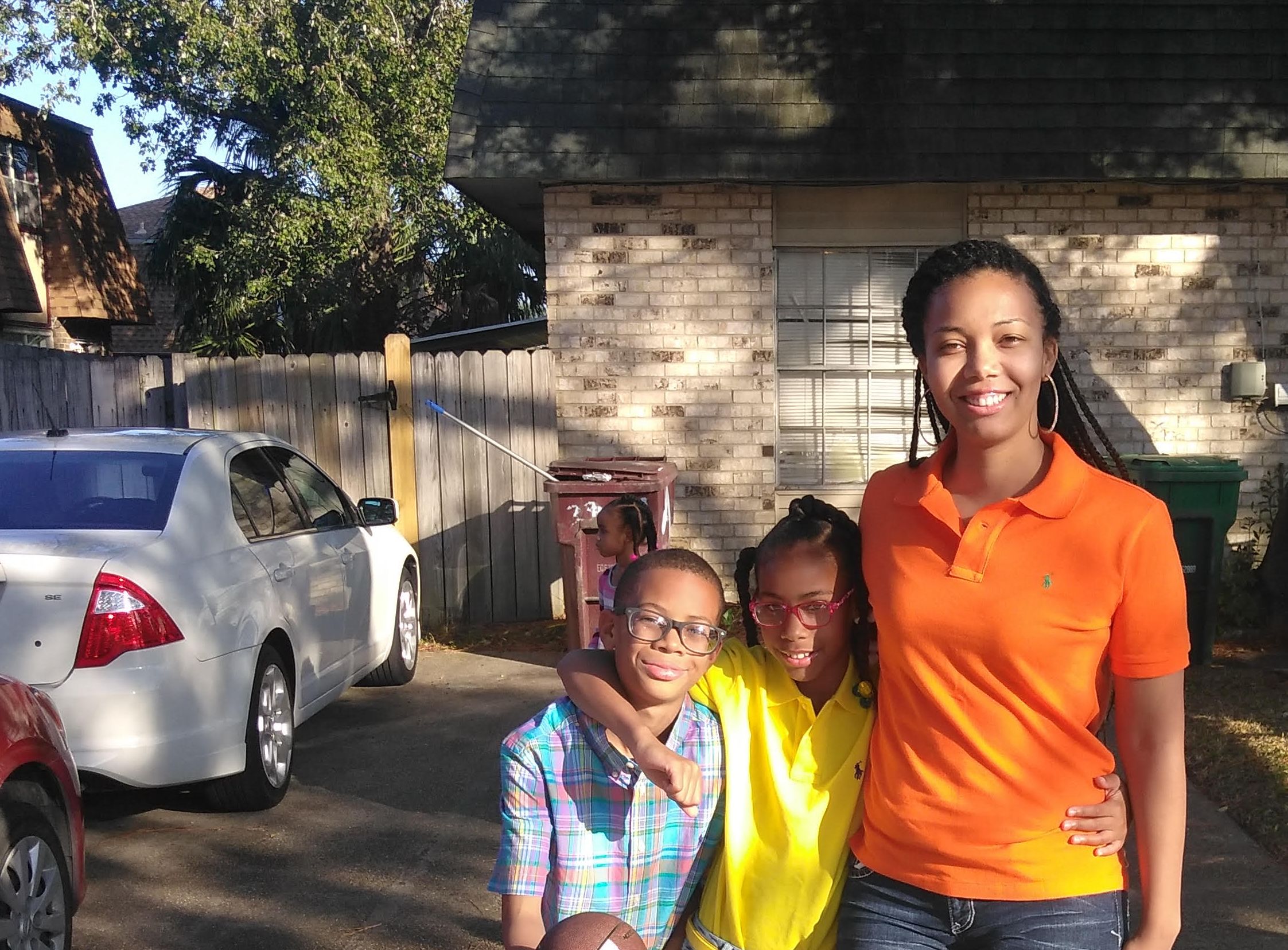 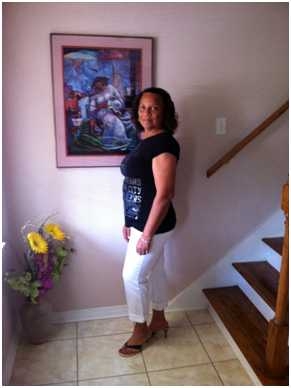 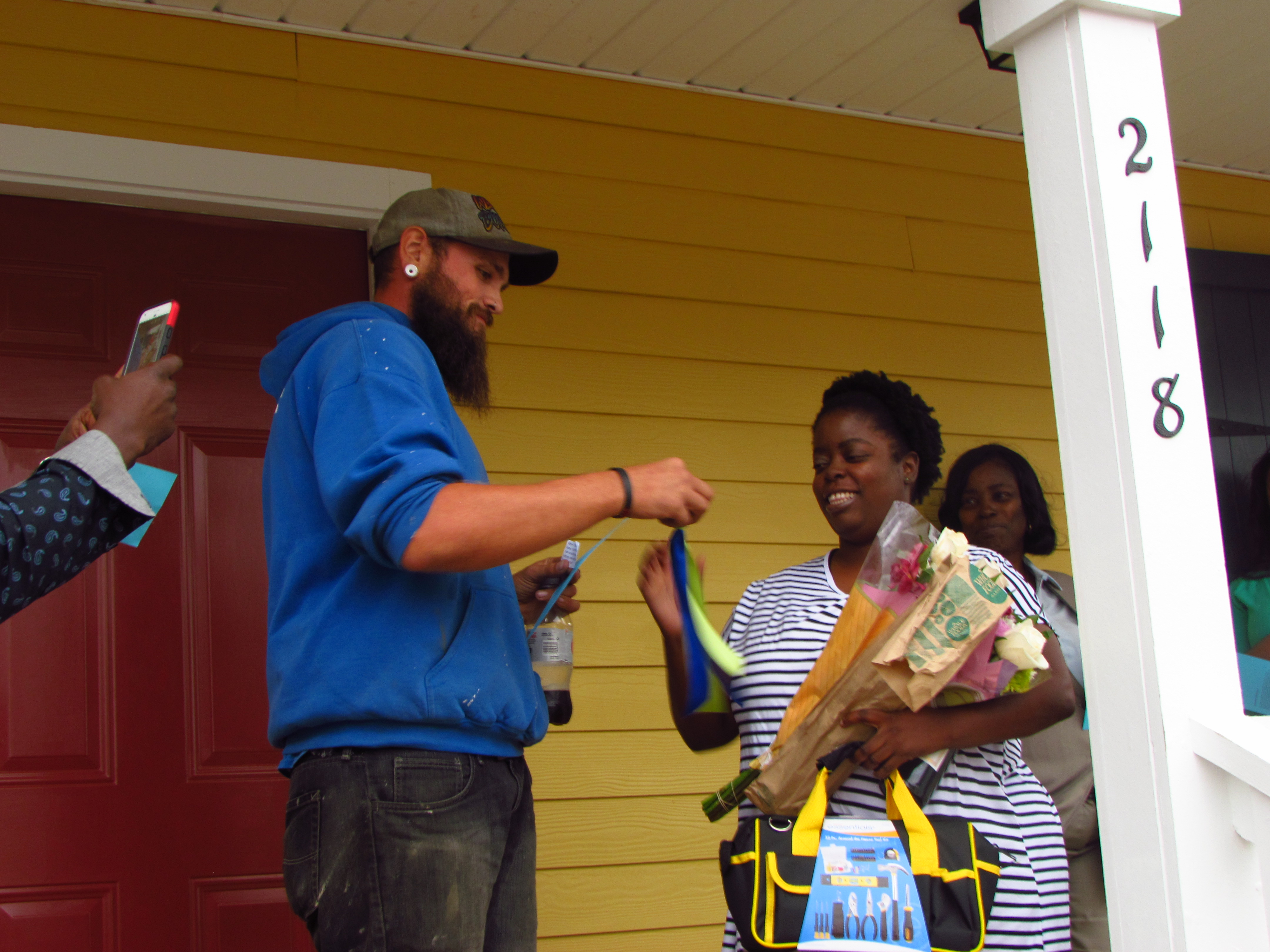 Syeisha Wilkens and her son gathered with family and NOAHH staff on the porch of her new home in the Upper Ninth Ward. Volunteers from Kentucky joined other well-wishers in the crowd after a day volunteering at the ReStore, sharing their joy with her as they presented the ceremonial gifts of bread, wine, flowers, tools, and a Bible, while Tyler, who lead the construction team on the house, presented her with the ceremonial key.

Syeisha will be joining over 150 other Habitat families in the Upper Ninth, including 77 homes in Musicians’ Village, a community that has seen major changes in the last ten years. Like many Habitat homeowners, she chose her lot because she grew up in the neighborhood. She and her son will soon move into a three-bedroom home not far from where she spent her childhood.