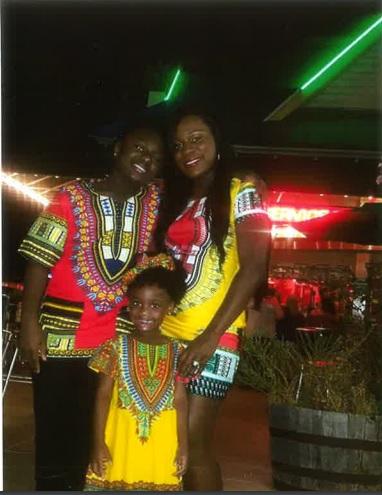 Mary Laci Motley (University of North Carolina Chapel Hill ‘21) and Zoe King (Duke University ‘21) are two Robertson Scholars who chose to spend their summer volunteering with NOAHH. They wrote this reflection of their time here:

A few people were surprised when we mentioned what we were doing this summer. Many of our peers were headed home to complete corporate internships. Some stayed at college to do summer classes. Some even went traveling to far corners of the globe. Not many mentioned manual labor in the scope of their summer plans. When we talked about working at Habitat, we received some raised eyebrows. Some curious expressions. And some doubts.

“Wait. You’re the one using the hammer?”

And for the past eight weeks, we have been doing just that. Hammering, nailing, scraping, painting, insulating, cutting, and maybe even some bruising. All things you don’t necessarily do in a college classroom. But our experience this summer has taught us more than how to use a skill saw, or insulate an attic. It has taught us what it means to be a good leader.

We have had the privilege of living in New Orleans this summer with a group of students from the Robertson Scholars Leadership Program. The Robertson Program sends students from the University of North Carolina Chapel Hill and Duke University to various locations in the U.S. South to partake in community service internships. All focused on how we can strengthen relationships with the people around us and immerse ourselves in the community. Our work at Habitat stands out a little amongst the other internships. It is one of the only jobs that uses physical labor as the vehicle to work with the New Orleans community.

To be quite honest, we were not sure how this summer would pan out. ‘Eight weeks of manual labor’ is not something you would usually prioritize for a medical or business school application. But our program coordinator assured us that we would love working at Habitat, and that we would learn so many life skills. She was so right.

Two months ago, we walked on to our first Habitat site. After our orientation, one of the site supervisors asked who wanted to learn how to do siding. Despite neither of us knowing what that meant, we eagerly walked on over. Scott, the supervisor, gave us the run-through of how to measure, cut, and nail the pieces of siding. Siding is probably one of the better tasks on the construction site, but doing any task for eight hours in one day can be monotonous. But a good leader can make a tedious task an exciting challenge. 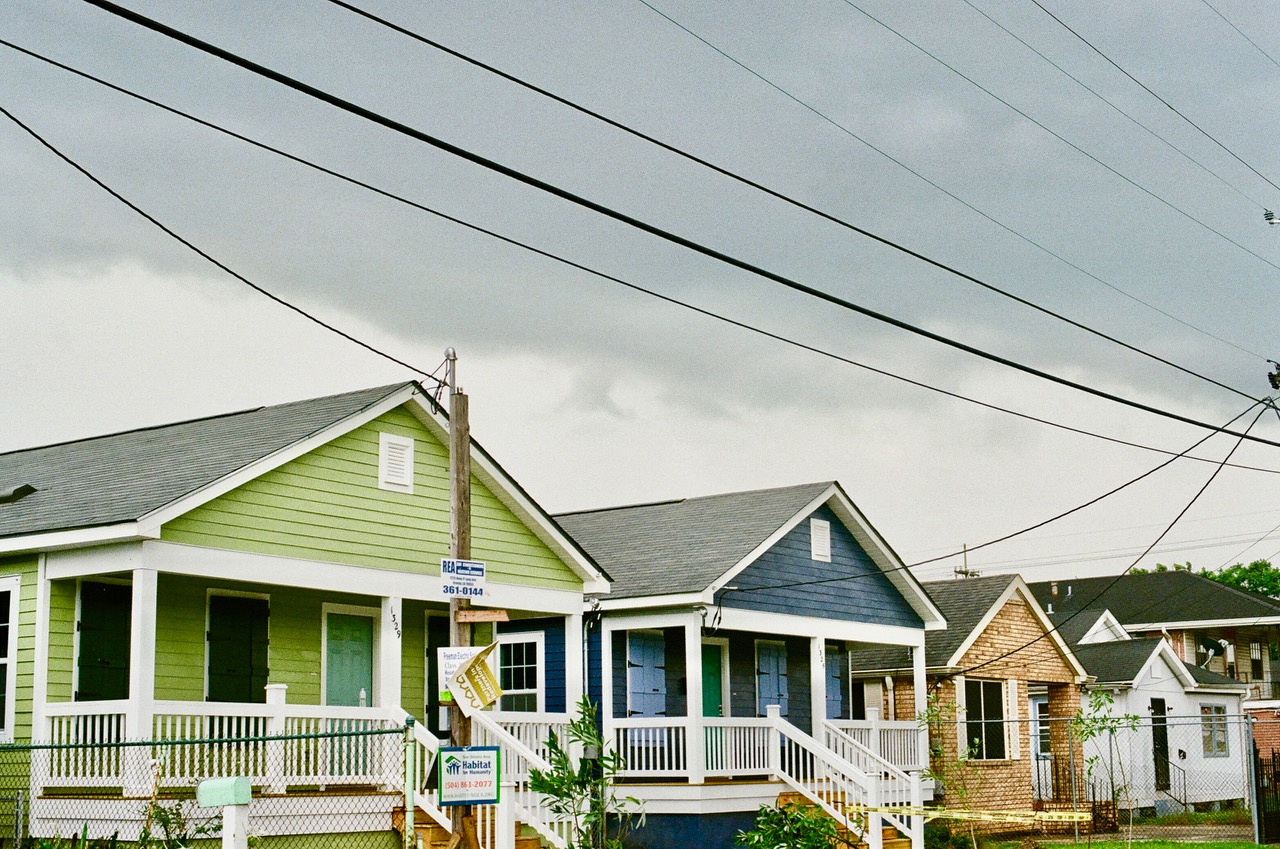 Many times, we found ourselves sheepishly calling Scott’s name to check something we had done wrong. However, Scott would just remind us of how many times he had made that mistake himself. Throughout the day, Scott would hammer beside us, bopping to the sound of Hall & Oates on the radio. As the heat picked up, Scott would tell us stories of how he was rekindling his stand-up comedy career or the air guitar competition he wanted to start in New Orleans. Scott’s consistent cheeky grin made us want to work hard all day so much so that the high school students we were working with wanted to work past the 4 pm knockoff time to finish the wall of siding.

Along with working with site supervisors like Scott, we had the opportunity to work with the 11 AmeriCorps members who were finishing up their year-long term with Habitat. From ex-rappers to future law students, the AmeriCorps staff was an incredible group of people who dedicated a year to serving the New Orleans community. One AmeriCorps member, Kelsie, made an especially lasting impact on our time with NOAHH. Kelsie is staying on with Habitat to work as a site supervisor before heading to graduate school in Berlin.

From our first interaction, you could immediately tell that Kelsie loved what she was doing. She carried herself confidently and enthusiastically, despite a 105-degree heat index. As a female site supervisor, Kelsie never failed to remind us to hold our ground, and she took every opportunity to empower us. She took charge of the site, encouraging volunteers who may doubt their ability to work independently. Kelsie showed us how every nail, every floorboard, and every piece of siding was working to put another family in a safe, sustainable home. Kelsie, like Scott, radiated positivity and sparked a flame in the work ethic of volunteer groups.

One Saturday, we decided to bring along the other students from the Robertson Program so they could see a day in the life on the Habitat site. Getting ten 19-year-olds out of bed early on a Saturday morning was a task within itself, and we were excited to see how the day would unfold. As we arrived on site, we were informed that today was the day to insulate the attic. It was also one of those days that was really, really hot, even by New Orleans standards. A few bravely volunteered to head up to the attic, and the rest of us were given jobs to complete in the limited amount of shade that withered throughout the morning. By the afternoon, we received a few responses:

“This is awesome that you can really see the work you’re doing.”

“I can’t believe you guys are doing this every day.”

“This has been great to see, but I think I’m going to leave this job to you two from now on.”

Hearing our friends talk about their day with Habitat reminded us that what we were doing was not easy work. For both of us, this summer has been a lot harder than we expected. We worked hard because we could see the work we were doing, but we also worked hard because we had great leaders to work for. There always has to be someone to hold the title of ‘leader’ within a team. A person who has the experience, the credentials, and the charisma to finish a project. But the supervisors at Habitat have shown us what great leadership looks like. It looks like Scott holding our ladder so we could learn how to nail in the door trim. It looks like Kelsie taking the brunt work because she wanted us to do the challenging jobs while we were still on site. Working alongside these amazing human beings has been one of the most valuable experiences of the past few months. We can now not only wrap a porch and fur out a wall, but we also know what it takes to foster hard work within a team.

So, thank you, Habitat, for a summer of hard work, new skills, a reconstructed take on leadership, and, most importantly, affordable housing for residents of New Orleans.

And an added note from construction site supervisor Scott Kershner:

“I want to take a minute as well to just say that a good teacher is only as good as their students! I really enjoy the teaching aspect of my job, and especially I like to push people’s expectations of what they themselves are capable of. As such, I will always try to challenge volunteers by giving them skilled tasks and helping them achieve those tasks. With Mary Lacy and Zoe, I tried to offer them even more challenging tasks than usual as I knew that they would be with us for an extended period of time, and so the more I could push them to learn quickly the more help they would be to us while they were here.  No matter how challenging the task I gave them, they rose to the challenge and then surpassed my expectations, again and again. I soon realized that if I split them up and gave them volunteers to work beneath them that they would take leadership roles, move the projects forward on their own, and we could exponentially increase our productivity. I was not disappointed. We accomplished more with them than I ever expected because of their hard work, determination and leadership skills. Working with volunteers, having fun, challenging ourselves, these are all goals we have here at Habitat but our real goal is to build affordable housing for families here in New Orleans. With Mary Lacy and Zoe’s help we were able to meet all of these goals and we made truly great progress on the houses we are building for our families and that is so important to us now during the summer months.”